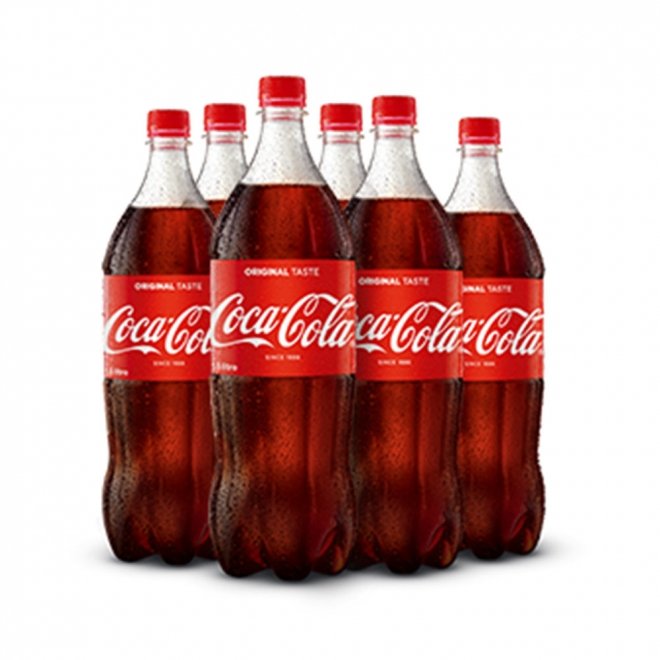 The Coca-Cola Company was brought into being in 1892 and since then it is one of the most distinguishable brands universally. Moving towards history, Coca-Cola’s first glass was served in 1886 at Jacobs’ Pharmacy in downtown Atlanta. Be it the name or the design of the unique stylized script, Dr. John Pemberton and his partner, Frank M. Robinson are the brains behind this carbonated beverage. Since then Coca-Cola has become a cultural identity and global symbol of American taste. The company has now expanded its product line and there are more than 2800 coke products available in 2000 countries. It is the largest beverage producer and supplier in the world and one of the largest corporations in the United States.

In the first year after its production, Coca-Cola managed to have only nine servings per day in Atlanta. Till 2020, the company has successfully sold 1.9 billion units of their beverage per day internationally. In 2020, the company recorded $7.7 billion in net income and $33.0 billion in revenue. As of July 2021, The Coca-Cola Company has a market capitalization of $233.4 billion. And this figure is ever increasing due to the addition of companies owned by Coca-Cola.

What Companies Does Coca-Cola Own?

Let’s have a detailed look at the Coca-Cola brands. You might not know the top 10’s below very well or maybe haven’t even heard of them, have a look if it’s true!

Read More: What Companies Does Nestle Own 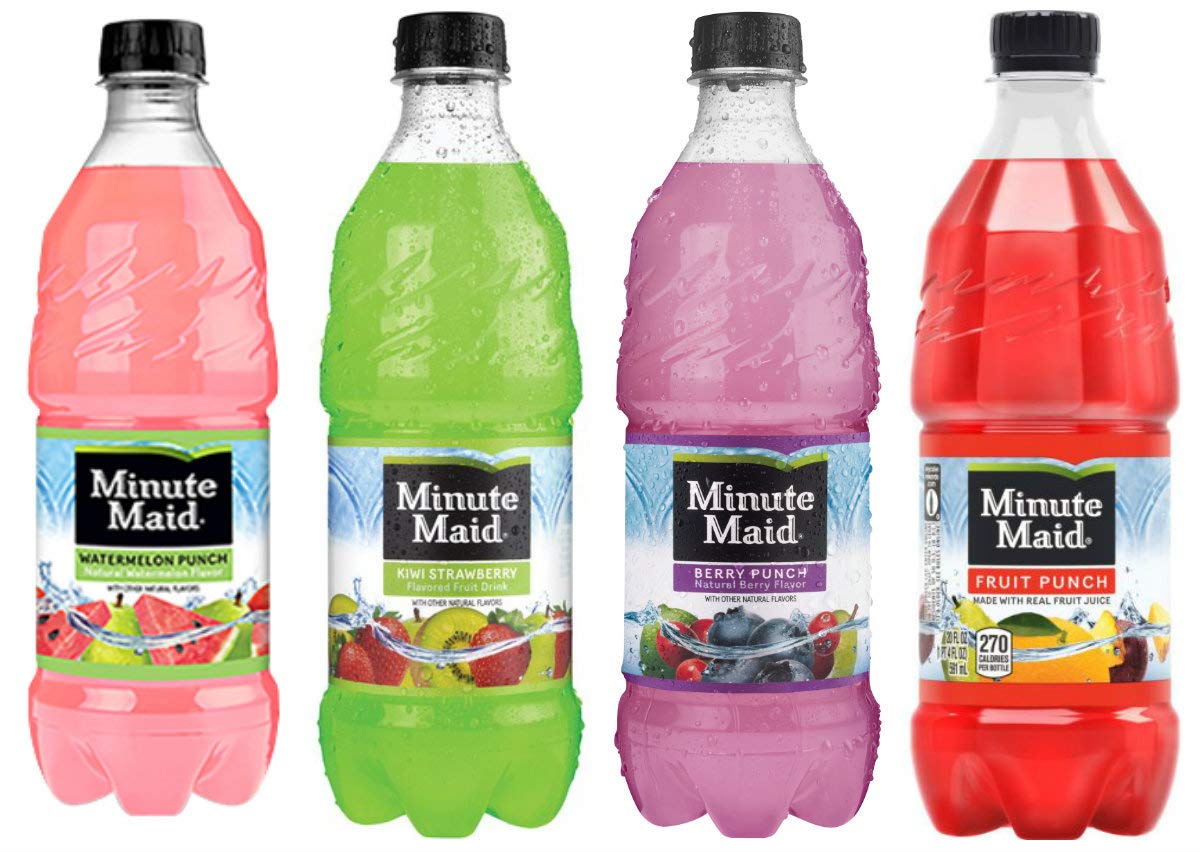 Minute Maid is a fruit beverage company that produces orange juice that was initially manufactured by the name of Vacuum Foods Corp. in 1946. The concept of frozen concentrated orange juice in the United States was brought by Minute Maid and after that, multiple companies are making such beverages. Soon after the company started it changed its name to Minute Maid Corp in 1949. And after a long wait of 10 years, Coca-Cola acquired the company in 1960 whose stock swap worth was $59 million.

Before acquiring Minute Maid, Coca-Cola started to produce a soft drink syrup and concentrate under the brand “Fanta,” which used to make fruit-flavored sodas. However, by purchasing Minute Maid it eliminated the risk of any rivalry between the two. This acquisition was a breakthrough for The Coca-Cola Company as Minute Maid was different from traditional cola, and Minute Maid now manufactures more than 100 flavors and a range of beverages including juices, lemonades, and punches.

Another company that Coca-Cola owns is Costa Coffee whose origins can be traced back to 1971. The first-ever cup of this coffee was served in London. Seven years after its successful tasting, the two brothers Sergio and Bruno Costa decided to inaugurate their first coffee shop in London. Costa Coffee is not limited to the UK only, it expanded to other big cities like Dubai in 1999 and Moscow in 2008. In 2018 Costa Coffee also became one of the brands owned by Coca-Cola.

When Coca-Cola decided to buy Costa Coffee it had almost 4,000 retail outlets that had highly proficient baristas, a coffee vending procedure, coffee formats for home, and an exceptional roastery. This acquisition proved beneficial for Coca-Cola as it provided them with two main elements i.e. specialization of Costa Coffee in hot beverages and an already established global presence.

Before this company came into existence, there were no options available for bottled tea that had a similar taste to the tea. This idea was laid out by Seth Goldman in 1998 along with his Yale School of Management professor, Barry Nalebuff. This business of bottled organic tea managed to have whooping sales of $38 million by 2008. Initially, Coca-Cola acquired a 40% stake in Honest Tea Company for $43 million and the remaining 60% stake was acquired in 2011.

Even though the main aim of the company was to offer bottled tea, it now produces lemonades and organic juice drinks as well. There is also a product line called “Honest Kids” that sells a line of juice beverages for kids.

According to RockHillCoke.com, Sprite was initially produced in West Germany in 1959. Primarily it was owned by Fanta and the name was “Clear Lemon Fanta.” Soon after that, the drink was familiarized to the U.S. under the name “Sprite.” It is a lemon-lime flavored fizzy drink with a crisp, fresh taste that gives a blast of refreshment. So, if you were wondering what sodas are coke products? Then Sprite is one of them. Initially, there was the traditional lime flavor that’s caffeine and artificial flavor-free. In 2020, sprite was to known as the world’s most valuable soft drink brands with a brand value of $6 billion

In 1999, The Coca-Cola Company introduced the brand Dasani that sells purified bottled water. After seeing this brand in this list it must be strange for some people who think about what companies does Coca-Cola own?. However, the Coca-Cola company is constantly upgrading its portfolio and aims to reduce sugar in its drinks and bring innovative beverages alongside meeting the needs of its customers.

Dasani uses the process of reverse osmosis filtration with an exclusive combination of minerals that adds freshness to the taste. The brand believes in having a pollution-free environment and thus plans to produce packaging which is reusable and recycled. Their PET bottles are fully recyclable made partially from plants.

Fuze beverages is a producer of teas that are enriched with minerals and vitamins. These non-carbonated drinks are also a brand under the Coca-Cola company. This brand uses the fusion of different tea extracts from high-quality farms whose farmers are certified as well. In this way, it helps in the economic development of the local communities. Next time you sit to think, what does Coca-Cola own? Don’t miss out on Fuze Tea. It is not only healthy but helps the local community as well. Both of these key attributes of Fuze Tea are beneficial for Coca-Cola company.

Fairlife manufactures ultra-filtered milk that is distributed by the Coca-Cola company in the US. It was founded in 2012 and initially, Coca-Cola owned a 42.5% stake in Fairlife LLC. However, in 2020 the remaining 57.5% equity stake was acquired. The company is committed to creating nourishing products with good taste. Fairlife products are made using a cold-filtration system that holds the goodness found in natural milk while eliminating some milk sugars. The company manufactures lactose-free products without the consumption of artificial growth hormones. To increase shelf life, they are also pasteurized using ultra-high temperatures (UHT). The range is also vast and now comes in fat-free, 1% reduced-fat, 2% reduced-fat, whole fat, and 2% chocolate.

Manufactured and marketed by Coca-Cola, Powerade sports drink is the brand on the list. When the question arises of what companies does Coca-Cola owns, seeing a sports drink might confuse some readers. However, this electrolyte drink is enhanced with vitamins to boost the performance of athletes. This brand has almost a net worth of $3.62 million. Alongside Aquarius, Coca-Cola launched Powerade in 1988 as an official sports drink of the Olympics. This drink is similar to Gatorade and has several flavors and types including Powerade Sports Drink, Powerade Zero, and Powerade Ion 4.

One of the oldest brands of Coca-Cola is Schweppes. This beverage brand was invented in the Republic of Geneva in 1783. The first-ever drink of this company was tonic water, which is considered “the world’s original soft drink.” The company’s founder, Jacob Schweppe, was attracted to the skill of carbonating beverages, so he polished and patented his process of creating such beverages. There is a variety of drinks in this brand that includes lemonades, carbonated waters, and their famous ginger ale. 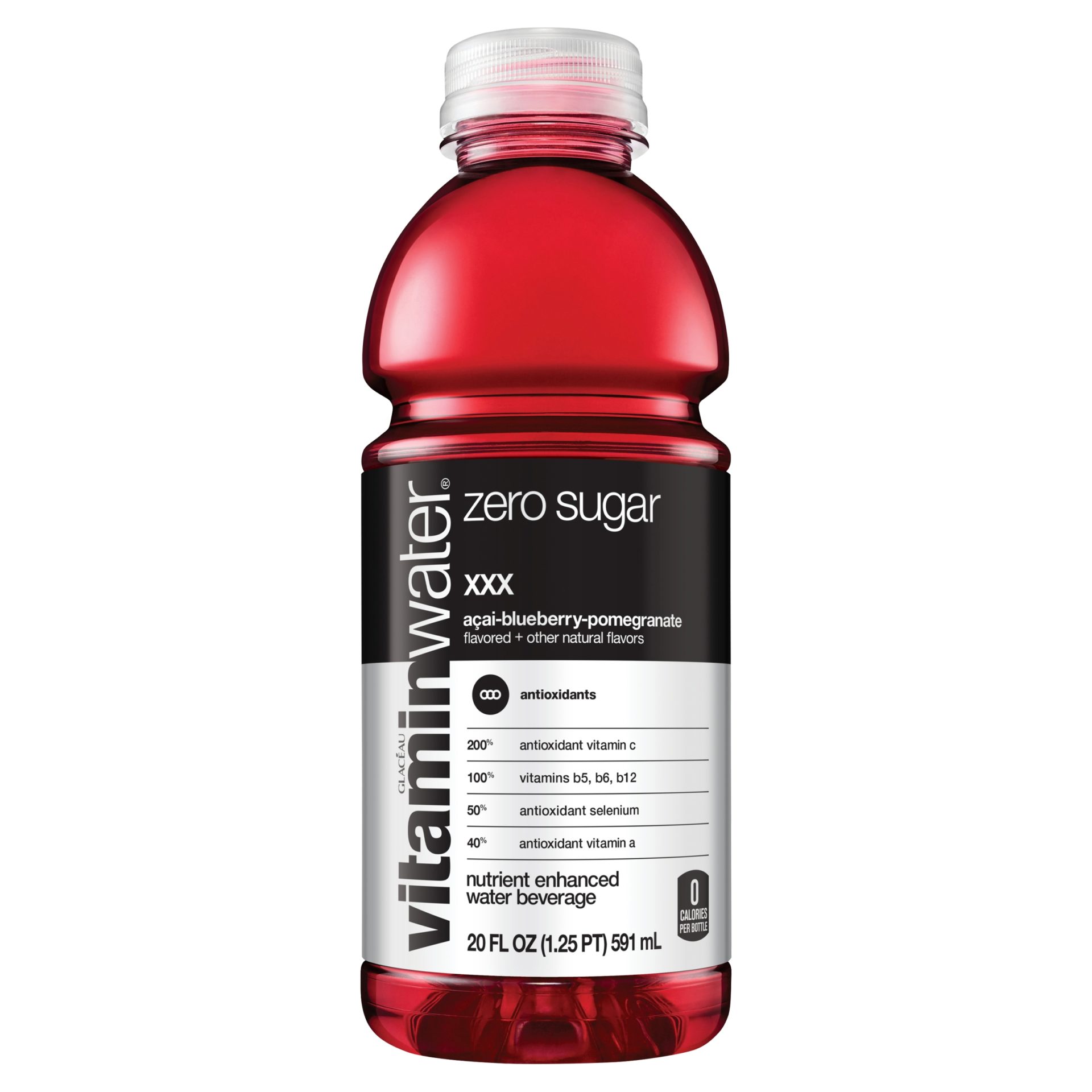 Glacéau, which is also known as the Energy Brand, was created in 1996 by J. Darius Bikoff. The idea of this startup was to produce nutrient-based drinks while eliminating the use of excess sugar and artificial ingredients which were the common ingredients of a water-alternative market.

In May 2007, Coca-Cola acquired Glacéau for $4.1 billion. Under this company comes many popular brands and vitamin water is the most popular, apart from that Smart water and Fruit water are also a part of this company. This acquisition helped Coca-Cola to expand its business in lifestyle beverages for health-conscious consumers.

The rivalry between Coca-Cola and PepsiCo. Inc. has been going on for decades. But, while PepsiCo. has expanded its product line in the snack market, Coca-Cola is strictly devoted to beverage making strategy. But, this hasn’t put limitations on branching out from their traditional drink. Throughout these years, the company made multiple acquisitions and touched every corner of the beverage industry. There are many companies owned by coke that aren’t limited to sodas. As the consumption of carbonated drinks has declined, Coca-Cola has taken the health of their consumers into account and added bottled water and energy drinks in their product line.

How many companies are under Coca-Cola?

Apart from Coke, the Coca-Cola Company owns over 200 other brands of beverages. From sodas to teas, till carbonated and energy drinks, almost all types of beverage companies are a part of Coca-Cola.

Does Coke own Nestle?

As of 2018, Nestle and Coca-Cola decided to end the Beverage Partners Worldwide (BPW) which was a joint venture between the two. The venture NESTEA is now independently produced by Nestle. Previously this joint venture did well for more than 15 years.

What companies has Coca-Cola bought?

There are many beverage companies that Coca-Cola has bought in these years. These include Sprite, Dasani Waters, Costa Coffee, Honest Tea, Powerade, and many more.

Does Coca-Cola Own McDonalds?

Is Sprite a coke product?

Yes, Sprite is a part of the Coca-Cola Company. This lime-flavored drink was primarily made in West Germany but soon it became popular in the U.S by the name “Sprite”.