Warren Buffet is one of the top investors in the world. An American national, he is a successful business tycoon, investor, and philanthropist. Buffet’s the CEO of Berkshire Hathaway and has a net worth of $100.6 billion and over. As of 2021, he is the seventh wealthiest man in the world.

According to the 13F filing, Warren Buffett stock portfolio include multiple companies. Here are the top 10 companies that make his Portfolio such a success. 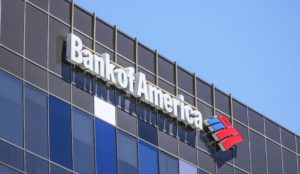 Investing in Bank stocks is probably Buffet’s favorite place to put his money in. Bank investments can profit one immensely. During economic expansions, bank stocks pay off very generously to its stockholders. While recessions can be bad, these only last a few months compared to the long-lasting years of economic expansion.

While all banks profit off their holders, the BAC is special in some ways. It is very interest-sensitive, which means that whenever there’s an increase in interest rates, those with investments in BAC will have the greatest income lift compared to other banks. Moreover, BAC has greatly reduced its miscellaneous costs by encouraging customers to use online banking and merging its branches together.

Buffett has been a common stockholder in the Bank of America since the third quarter of 2017. But prior to that, Buffet held preferred stocks in the company that he purchased in 2011. He converted these into commons stocks in 2017. So although he acquired BAC stocks, he has been profiting off of them for the last ten years.

It is no surprise that Apple is one of the top Warren Buffett stock holdings. The company has an impeccable record of strong earnings, returns, and management techniques. It’s only a matter of time before the latest new iPhone makes rounds throughout the world in almost every person’s hand.

Comparing by market value, Apple is the no. 1 stock in his portfolio. It is worth $117,714,016,000. Apple makes up 40.07% of the Warren Buffett Portfolio. Apple has contributed the most to the rise in the value of Buffett’s portfolio.

Buffet himself denoted Apple as third business venture. This in itself shows the importance of the company’s position in Warren Buffetts’ current portfolio and holdings.

He has owned shares in this beverage giant for 33 years. Coca Colas growth may have become stagnant rather than continuously rising but its position in the world of beverages still remains unchallenged. No matter where in the world you are, you’ll always find a bottle of coca-cola around the corner. The company doesn’t just sell beverages but has a very diverse portfolio of products. It has around 20 brands worldwide that generate $1 billion in profits. The company continues to keep a hold of 20% of the cold drinks market in developed countries and a 10% market share in emerging economies.

Aside from being one of the fastest cold drink sellers, its marketing strategies are unparalleled. Through its advertisements and social media presence, the brand constantly keeps its consumers engaged. Be it holidays or a social cause, this company is at the top of things. Coca-Cola holds 8.13% of Warren Buffett’s investments and holdings in his Portfolio.

The famous Kraft Heinz, a consumer packaged goods company accounts for almost 4.18% of Warren Buffets investments. This isn’t one of the best investment deals under Buffets name but it still is one of the top investments he has made. According to Buffet, Heinz paid a lot more to acquire Kraft than what it was worth. Over the years, Kraft Heinz has admitted to a lot of its faults. The company’s high debts have limited its investment in marketing strategies and innovation.

Unexpectedly though, Kraft Heinz has benefited a lot off of the coronavirus pandemic. With most people ending up at home with children and work, quick easy fixed meals became the need of the time. In such circumstances, Kraft Heinz goods have stood proudly in grocery store aisles. A multi-generational brand, it’s a trusted name amongst shoppers and has done really well in the past year and a half.

American Express is just another investment by Buffet that proves his love for financial stocks. Buffet’s holdings in American Express go back to almost 28 years, marking it as the third-longest in Warren Buffet’s stock holdings. Similar to the BAC, the strategy here is to wait for economic prosperity and a boost in the global economy to take in the interest incomes and credit card fees.

In addition to this, American Express has a very well reputed and affluent clientele which holds its status as one of the finer banks. American Express comprises 7.93% of Warren Buffett’s portfolio with the fourth-highest monetary value.

Verizon is a multinational telecommunication conglomerate. With a very strong holding in the telecommunication world, they share a corporate part of the Dow Jones Industrial Average. It makes up 3.42% of Buffet’s portfolio worth $158 million.

Moody’s Corp amounts up to 2.72% of Warren’s investments. It has a total worth of up to $700 million. Moody’s Corp is an American service provider that deals in financial and business services.

U.S. Bancorp is an American bank holding company situated in Minnesota, Delaware, and Minneapolis. It currently holds the position of the 5th largest American banking institution and is the founding company of the US Bank National Association. Following the pattern of Buffet’s investments in financial institutions, US Bancorp accumulates to 2.26% of Warren Buffett portfolio.

Chevron is a multinational energy corporation. Founded in the United States and housed in California, it is now scattered across the globe in almost 180 countries. The company holds 0.92% in the Warren Buffett current portfolio, with an estimated monetary value of approximately 22 million dollars.

Over the course of the months, Warren Buffett’s investments & holdings saw fortune favoring him but in a rather underwhelming way. The total turnover came out 86.72% while still retaining 270 billion dollars in the total market value. 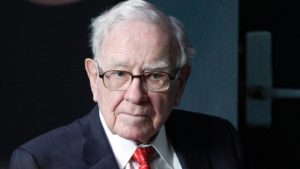 The net worth of Warren Buffett as of now is $108.7 billion.

Warren Buffett is the CEO of Berkshire Hathaway, his very company specializing in insurance and freight transportation.

Being a world-famous stockholder, Warren Buffet never sits still. In the years between 1965 and 2020, Buffet’s stocks had risen by an average of 10%. Buffet has a set investment strategy; he buys companies that are competitively sustainable and holds on to them for a long period of time. He isn’t a big believer in diversifying the Warren Buffet portfolio and invests in a familiar set of businesses that guarantee him a high level of long-term returns.

In Omaha, Nebraska, Warren Buffett was born to a rather humble background in 1930. He was born to successful parents, Congressman Howard Buffet and Leila. He has two siblings. Buffet attended elementary school in Omaha before he moved to Washington D.C. as his father was elected to Congress. From Woodrow Wilson High School in 1947, he finished his schooling, graduating. Buffet’s interest in business and investment began from a young age. At a very young age, he worked at his grandfather’s grocery store and used to sell chewing gums and bottles of the coca-cola door to door.

During high school, he continues his side hustle, delivering newspapers, selling golf balls and stamps. During high school, he started to invest in pinball machines. Predominant leisure at the barbershops, pinball machines had quite a value. So he started buying pinball machines.  A few months later, they bought more machines to place around several barbershops around Omaha. Later on, Buffet sold these machines for $1200. These little ventures are proof of Buffet’s mindedness and his lifelong passion for business.

Buffet’s interest in investment was also apparent in his early days. He would often spend time at the customer’s lounge of a stockbroker’s office near his father’s brokerage office. At the mere age of 10, while visiting New York, little Buffet made his first trip to the New York Stock Exchange. At just 11, he bought his first three shares in a company called Cities and share.

In addition to his own, he also bought three shares in his sister, Doris Buffet’s name. During his high school days, as a teenager when most children his age were partying, Buffet was making investments in his father’s business and bought a 40-acre farm that he gave to the tenant to work on it. He used his savings to buy the land and by the time he was a high school graduate, Buffet had gathered $9800 in savings!

After graduation, Buffet attended Wharton School of the University of Pennsylvania. He later transferred to the University of Nebraska and graduated at the age of 19 with a degree in Business Administration. He tried to enter Harvard Business School but was rejected from there. He then tried and scored admission in Columbia Business School where the famous Benjamin Graham taught him. Buffet graduated with a master’s degree in Economics and went on to attend the New York Institute of Finance to further polishing his skills.

As of 2006, Buffet’s yearly salary was only $100,000. He lived in Omaha Nebraska on a property that he bought for $31,500. He broke his long-time commitment to leading a simple lifestyle when he bought a private jet in 1989 for $6.7 million. Buffet also recently traded his Nokia flip phone for an iPhone 11 and it was revealed that by 2013, Buffet had only sent one email in his entire life! There’s no wonder how Warren Buffett’s current portfolio and holdings have come this far.

His passion for investment and venturing into businesses seems to be something he is born with. More than that, it is the calculated ability to take risks that makes him truly remarkable! Anyone interested in investment and stocks should definitely give a close inspection of the professional career of Warren Buffet and study his investment strategies!