Stanley Freeman Druckenmiller is an American Investor, Hedge Fund manager, and finance guru. He has contributed as a former chairman and president of Duquesne Capital.

Talking about the top 10 holdings of the Stanley Druckenmiller portfolio, we must know that these holdings belong to the Hedge Fund of Duquesne Capital.

Here is a complete list of the top 10 holdings of Stanley Druckenmiller: 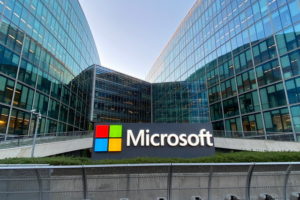 Microsoft Corp. is an American multinational technology company. It has its headquarters in Redmond, Washington. This company is associated with different functions of the computer such as developing, manufacturing licensing, and selling computer software. It has the world’s number operating system named after the company Microsoft office. Some browsers known as Internet Explorer and Edge web browsers are also the outcomes of this company.

T-Mobile US Inc. is working as the largest wireless network in the United States. It has many shareholders but the largest shareholder is the German telecommunication company known as Deutsche Telekom with a share of 43%. The headquarters of this incorporation is located in Bellevue, Washington, in the Seattle metropolitan area.

T-Mobile is well-reputed for being the third-largest wireless incorporation in the US. It has millions of subscribers. The latest recorded subscribers were back in 2021 which were 100.3 million subscribers. Talking about the Stanley Druckenmiller holdings,

Amazon Com Inc. is an American multinational technology company. This company is located in Seattle, Washington. The main motive of this company targets the new webbing areas that include E-Commerce, cloud computing, digital streaming, and artificial intelligence. So is Amazon. It holds thirds position in the holdings of Stanley Druckenmiller current holdings.

The percentage held by this in the portfolio is 7.29%. It holds shares in stocks of 82.7K. It has a worth of 269.52M. The change made by this incorporation is -3.96k. The % change made by it is -4.57%. This data is extracted from the year 2021. Amazon is also known as one of the most influential and powerful companies in the world. It is a precious brand accepted by the world.

Starbucks Corp. is an American-based multinational corporation. It works as a chain that is spread in the whole bread having numerous chains. It is a well-known and well-reputed coffeehouse and roastery. Its headquarters is present in Seattle, Washington. If we start counting its branches in the whole world, we conclude that there are 32,660 stores of Starbucks present in 83 countries. Starbucks holds the fourth position in the Stanley Druckenmiller holdings.

Freeport-McMoRan Inc. is an American mining company. This Freeport company is located in Phoenix, Arizona. This company works according to geographical assets. They take into account the location to mine the essential stones and metals such as gold, copper, and molybdenum. This company mostly deals with copper-related products such as concentrate copper, refined copper, and traded copper. Along with this, they deal with the mining of gold, molybdenum, and oil well. This company holds the fifth position in the Stanley Druckenmiller current portfolio and holdings.

Palo Alto Networks is an American multinational cybersecurity corporation. They are a thoroughly advanced company having invented many security gadgets and technologies such as firewalls and cloud-based offerings that make an addition to the firewalls. This company is broadly spread in the whole world having 70,000 organizations that are working in 150 different countries. In the year 2018, this Palo Alto company was at the 8th position in the Forbes in the field of security. After this in the same year 2018, a well-known personality who has been the former Google and Softbank executive Nikesh Arora also became a part of this company. He worked as a Chairman and CEO. In the Stanley Druckenmiller stock portfolio, this company holds the sixth position.

This company holds 4.41% of the total portfolio. Its shares in the stock exchange are 459.06k. It’s worth is $163.15M. It made a change of 376.76K. The % change made by this company is 457.79%. This company is creating world records in cybersecurity. It has made a great change in the previous security structure of the United States.

Penn National Gaming Inc. is an American-based operator of casinos and racetracks. It holds 43 different faculties alone in the United States as well as in Canada. In his stocks, it stands on the 8th number. The percentage it covers is 3.55% from the whole portfolio percentages.

Nuance Communication Inc. is an American multinational computer software technology corporation. Its headquarter is based in Burlington, Massachusetts. It has a great role in language recognition and artificial intelligence. In April 2021, this company made an important decision to collaborate with Microsoft. This decision is yet to finalize. It also made an important collaboration with Siri and Apple.

In the Stanley Druckenmiller portfolio, it stands on the 9th number as a holding. It covers 3.47% of the total portfolio. Its shares include 2.91M. Its value in the stock price is $128.37M. It created a 0% change in the holdings. This company is a famous software technology company with many amazing features.

This Disney Walt company is actually known as Disney. It is an American varied multinational mass media and entertainment amalgamation. Its headquarters are based in Burbank California. This is present at the Walt Disney Studio Complex. In the Stanley Druckenmiller holdings, it stands the 10th value.

It occupies 3.35% of the total portfolio. Its shares include 684.34K. The net worth of this company is $123.99M. It creates a change of 541.03K. While the % change made by it is 377.55%. This company is well-known for its animation and other cartoon-related movies and fiction dramas. It is truly an entertainment company.

The latest Stanley Druckenmiller 13F filing has reported a few changes in the portfolio. Duquesne Family Office investment and the portfolio have dumped more than 100 million dollars of Netflix stock and along with this got an increase in the cybersecurity investment with 400% in the 4rth quarter. These changes made in the portfolio mean a great deal to the company. But in these exhausting times, the profit made by some of the important stockholders has compensated the loss made in the previous times. 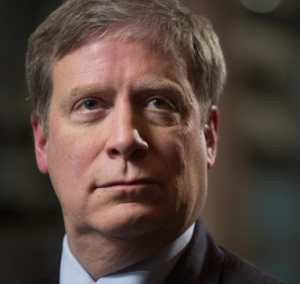 Stanley Druckenmiller has had an extraordinary return in these years. The billionaire investor Stanley Druckenmiller said that Duquesne Family Office Holdings had a net return of 12.40% total. This increase in the net worth of the company has marked an impressive return for Stanley Druckenmiller. A great lesson that can be learned by the Duquesne Family hedge fund holdings is that one should never leave hope and consider that they have more losses than profit. This situation lasts for a short while. It has been proved by this hedge fund that the profit value is more than the losses this company has had.

This capital was founded by him in the year 1981. After working for a long time in his fund in the Duquesne Capital, he decided to put an end to his fund because he felt he is not able to return the best possible returns to his customers. But when he closed this fund, the capital had more than 12 billion dollars as working assets. After leaving this fund, he joined another fund known as Quantum Fund as a lead portfolio manager by George Soros. In this fund, he made a great amount which is reportedly 260 million dollars in the year 2008.

He had tried his luck in many different investment businesses. All of them proved to be very lucky for him. He has been working as a management trainee in Pittsburgh National Bank where he later became the head of the bank’s equity research group. He had been the head of Dreyfus Fund, along with managing the Duquesne Fund. When working with Soros for the quantum fund, they together broke all the records of the profits. They made a profit of 1 billion dollars, which was made in the event of Black Wednesday.