Michael Burry is a successful investor, hedge fund manager, and physician. Despite his education in both economics and medicine, Burry currently chooses to practice the former.

Read More: What Companies Does Volkswagen Own

The holdings of Michael Burry Big Short are in the world’s leading companies and corporations, and that has led him to an elevated status in the business world. These holdings are: 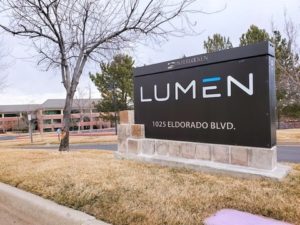 The services falling under communications are voice coverage over a long-range, broadband, and ethernet provision, among others. LUMN mainly flourishes in the information technology sector and industry. Lumen Technologies does not only deliver its services in The States; but, over the years, it has extended to Europe and the Middle East. The Asia Pacific and Africa are also other countries where LUMN operates.

Now Inc – an American company whose parent company is Distribution Now – makes 7.7% of his portfolio. Its value in Michael Burry’s current portfolio is a grand sum of $10,770,000.

Now Inc. is a company that has a significant role in the energy sector that supplies oil and gas globally to several markets. Its distributions are conferred to many international countries, including Canada.

Stocks of Now Inc. include products that cater to the needs of up and downstream and midstream. The company sells these stocks too, which generally are pipes, valves, tools, and instruments. Other products are safety supplies, drills, and paints.

RPT Realty is a company based in New York, in The United States of America. . It is a real estate investment trust that functions and trades on a public level. RPT Realty is the operator behind most shopping centers that are providing its services in open-air.

The company has a sweeping influence on sellers of America, owning 49 shopping centers in the country in total, meaning that the land owned by RPT is approximately 11.9 million sq. feet. The locations of these centers are Florida, Chicago, Minnesota, and Ohio.

Michael Burry’s current investments also lie in Uniti Group Inc., which makes a contribution of 6.08% of Michael Burry’s portfolio, valuing up to $8,504,000.

Uniti Group Inc. is a real estate investment trust, headquartered in America. It is one of the service providers of wireless functions and operations and is currently at the forefront of such providers. Therefore, it seems to maintain a high position in the communications industry.

It has its workload revolving around acquisition and construction. These methods of labor are deployed to meet the needs of mission-critical communications infrastructure.

Reported in March of 2022 – UNIT held more than 125,000 fiber route miles. In addition to that, it also owns 7 million fiber strand miles and many other components of the communication sector throughout The States.

It occupies a good share of 5.94% in his investments, totaling a value of $8,309,000. WDC’s headquarters are situated in California, USA, regulating the manufacturing of hard disk drives.

Western Digital Corporation is a company based in The United States of America that specializes in computer memory.

In the broad electronics industry that the world has with the prevailing level of technology, WDC has been a contributor to it for a very long time. It is an integrated circuit maker, along with flash memory devices. It is safe to say, it can also produce world-class SSDs thereby, having close competition with Micron Technology, as well as Seagate Technology.

Out of the many insurance companies based in The States, one of them is Allstate Corporation which also happens to be one of the leading companies. Because of its high-end worth. The company has been thriving since 1993 and is venturing into Canada too.

In 2018, it gained an enormous revenue of $39.8 billion. In the following year – 2019 – rankings in America that were calculated based on total revenue by Forbes 500, Allstate Corp. held the 79th position.

Qurate Retail Group is an American company, immersed and actively engaged in media usage to run a business venture. It contributes 5.49% of his stocks, and therefore, it has a value of $7,679,000.

The Qurate group is not a traditional e-commerce platform, neither does it provide traditional stores in the marketplace and malls. It is involved in choosing the best buyers across the world, selling products that depict a hidden story or have a deep meaning behind it. Hence, they collect and combine all these goods and portray their rich history through effectively utilizing media, providing an impactful shopping experience to its clients and customers.

QRTEA consists of seven brands that are always ahead of its competing forces. Some of these brands are HSN, Garnet Hill, and Ballard Designs. Furthermore, Qurate Retail Group can reach 218 homes across the globe, just by using the television. Through other media forums, such as apps and websites, QRTEA can reach even more people globally. To add to its success story, it is one of the 10 best e-commerce companies in America. It is also in the lead of the mobile and social commerce race.

Wells Fargo and Company is an American multinational company, with offices spread out in the entire country. On the other hand, its headquarters are stationed in California and Manhattan – the two hubs of America.

Since 2014, Wells Fargo has markedly been on top of many banking lists, successfully extending its operations to more customers and clients with each passing day. For instance in 2015, by market capitalization, Wells Fargo became the world’s largest bank, leaving a very minimal margin with ICBC. On another occasion in 2018, by total assets, Wells Fargo became the fourth largest bank in the United States of America. Even today when considering total assets, WFC is the fourth largest bank in The States. Considering revenue, WFC has been awarded the 30th position in the list of the world’s largest corporations, as reported by Fortune 500 in 2020.

Discovery Inc. is a massive multinational media chain originating from America. The form of media delivered by DISCA is television channels, and unlike most television channels displaying fictional shows, DISCA owns a chain of factual channels for general knowledge and awareness purposes.

Channels lying in the dominion of DISCA are Animal and Science Planet, Discovery Channel, and TLC. In recent times, in its ownership, DISCA has added Food Network, Travel Channel, and HGTV. Most of these channels are sold to media industries worldwide and are not only restricted to the televisions of Americans.

Geo is the tenth top holding of Michael Burry, having a fair contribution of 5.35% in his stocks. In this regard, the Geo group has raised its value up to $7,488,000.

GEO is a real estate investment trust, based in The United States of America, but proudly supplying its services to the United Kingdom, Australia, and South Africa.

The investments that this company makes are mainly in constructing and running prisons. It also provides mental health and rehabilitation facilities. The Geo Group is best known to own the immigrant detention centers in The United States. Because of its widespread worth for The U.S. government,  it has managed to own 129 facilities and 95,000 beds for this purpose.

Michael Burry has invested in some of the most spread-out and wealthiest companies in all the U.S. These are known to operate beyond the U.S. borders. Therefore, it would not be shocking to see Michael Burry’s returns rocketing up by large numbers.

Since 2015, Michael Burry’s 13f filing has been coming out to educate the world on investing. It was recorded between 2015 and 2016, that fundholding maximized to $100 million. However, the released 13f filings ceased after that and were resumed in 2019.

Michael Burry has continuously seen gains and profits because of his predictions and far-reaching knowledge. In the coming years, it can be said with conviction that Michael Burry’s stocks portfolio is only to prosper more. 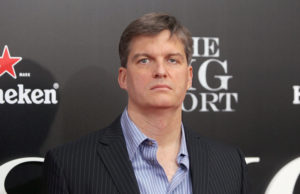 The total net worth of Michael Burry comes out to be $300 million.

The career of Michael Burry:

From 2000-2008, Michael Burry found and ran his hedge fund company called – ‘Scion Capital.’ After that, he decided to make his personal investments a priority. Nevertheless, in 2013, Dr. Michael Burry founded another firm called Scion Asset Management, which has now become a vital portion of the portfolio of Michael Burry

Having its headquarters located in California, it functions with only six clients in total. Nonetheless, it has still managed to attain over $386.9 million in Assets Under Management (AUM). It deals with providing the best investments to its clients to raise the status of their portfolios by giving them guidance on what products to choose. Additionally, this management of the clients’ investments, ensures that success rates of the clients also go up. The products that Burry’s company provides to its customers include a wide range of Institutional Advisory Services and Investment Products.

Of the six clients of the firm, one is an insurance company, and the rest are private investment funds. Out of these private investment funds, investors may be individuals with high net worth, a fund of hedge funds, and organizations indulged in charity work. Other types of investors are foundations and trusts, businesses, and family offices. So, what did Michael Burry invest in for Big Short? The answer is water.

From his first company, Michael Burry was able to earn huge profits and positive returns from the beginning for his investors. Naturally, that made his net worth go up. Apparently, in 2004, Michael Burry had to stop taking on new work because he was already trying to handle $600 million. During the years 2000-2008, Scion Capital made 489.34% returns which added to the monetary gains of Burry.

Since 2013, Michael Burry’s earnings have come from his second founded firm, Scion Asset Management. It has shown grand returns – as latest as reported in 2022, Dr. Michael Burry’s holdings and portfolio are as large as approximately $104 million in AMU.

Therefore, it is safe to say that Michael Burry’s wealth has accumulated through investment stocks. These returns have duly contributed to the exceptional Michael Burry portfolio.