Carl Icahn’s career and legacy shine bright today. During his lengthy and illustrious period as a businessman, Icahn redefined the limits of how hard one has to push to attain success. Icahn has his critics but he silenced them with his sly and sharp moves in the complex field of business. Today, Carl Celian Icahn is one of the most successful people on this planet and that is no easy feat. Icahn’s career and legacy are forever cemented in the annals of trading and business.

Carl Icahn’s current portfolio possesses a distinct glint and peerless versatility that anyone on this planet would be envious of. Carl Icahn is one of the richest people on this planet and his matchless success is all down to making the right choices at the right time in the right place. 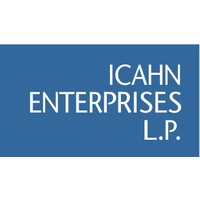 49.95 percentage of Carl Icahn enterprises portfolio is taken up by Icahn Expertise, and it has a market value of $11.91 B

Occidental Petroleum Corporation acquires, explores, and develops oil and gas resources in the major continents through its affiliates. The headquarter is located in Houston, Texas. . Oil and gas, chemical, and marketing, and midstream are the 3 business sectors of the corporation. Oil and gas, natural gas liquids (NGLs), and natural gas are all explored, developed, and produced by the company’s Oil and Gas business.

CVR Energy is a holding company that is mostly focused on refining petroleum products and manufacturing Nitrogen Fertilizers. CVI has two business segments, one concerned with petroleum that is controlled by the Refining Partnership. In contrast, the nitrogen fertilizer section is run by Nitrogen Fertilizer Partnership. Both of these groups collectively make up for almost all of the operations conducted by CVR Energy.

4.91 percentage of his stock portfolio is taken up by Newell Brands, and it has a market value of $1.17B.

Acquiring 4.88 percent of his investments, it has recently seen a growth activity spurt and has a market value of $1.16B

Cheniere Energy Inc. is a corporation that provides affordable and clean LNG. it is a liquified natural gas firm founded in 1996 and is based in Texas. It became the first company in the US to export liquified natural gas in February 2016. Cheniere operates, builds, and develops two LNG plants on the Gulf Coast of the United States. Carl Icahn holds a share of 16.17M in Cheniere Energy Inc.

Bausch Health Companies Inc. is a worldwide pharmaceutical, medical product with its headquarters situated in Canada, New Jersey, Bridgewater Township, Laval, and the USA. BHC is a medical product and an over-product developer, manufacturer, and marketer principally in the therapy categories of eye health, gastroenterology, and dermatology. As we establish an inventive firm devoted to enhancing global health, we are keeping our promises.

Xerox holdings form 2.93 percent of his stock holdings and have the value of a sum total of $698.23M.

A tech-based company that develops and integrates hardware and software components. Artificial intelligence (AI), Internet of Things (IoT) sensors and services, digital packaging, 3-D printing, and Clean Technologies are among the company’s competencies (cleantech). In the United States, Canada, Europe, and other countries, Xerox Holdings Co. develops and provides data management systems and solutions. It provides intelligent workplace services as well as online platforms that take advantage of its software strengths in process automation, customization, and communication.

FirstEnergy Corp. is another major player in the field of big companies. The Company is involved in owning all of the current stock of its key affiliates, either directly or indirectly. FirstEnergy offers various services which include: electrical services, tree services, post lamps, surge assistance, landscape lighting, security lighting, home repairs, home insulation, and home repair plan. Luckily Carl Icahn holds a share of 18.97M.

Herc Holdings Inc. is North America’s leading equipment rental firm founded in 1965 and became an independent public company on July 1, 2016. In Canada and the USA, the business operates under the Herc Rentals name, while in other overseas areas, it operates under the Hertz Equipment Rental brand. Used machinery and builder products, such as building consumer goods, machines, small appliances, and safety products, are sold by the company. Carl Icahn owns a share of 4.49M in Herc Holdings Inc.

Icahn Portfolio contains one of the world’s largest companies that range from the business sector to the healthcare department and the entertainment world. Let’s dive deep into Carl Icahn’s stock holding Portfolio and examine his top ten holdings that have given Icahn his identity.

Carl Celian Icahn’s iridescent portfolio is concrete verification of his razor-sharp discernment and interpretation of business dynamics, an attribute he has in abundance. Being an owner of significant shares in some of the biggest companies of the world speaks volumes about his untouchable nature as a business professional. The diversity of Icahn’s portfolio is evidence of his swiftness to adapt to the changing times.

Life today is not the same today. The pandemic has altered the way we live our lives and is an unwelcome guest in every single corner of the world. Every single person in the world has felt the heat and their personal wealth has taken a hit one way or the other. Carl Icahn’s holdings have also experienced fluctuations, however, the shifts are mostly in the green territory. Occidental Petroleum group has experienced a drop of 2.93 percent which amounts to 2.60 million dollars. However, this loss is quickly offset by the gains he has made in other stocks. For instance, Bausch Health Companies Inc. has seen a gigantic rise of 578 percent, leading to a 29.08 million profit. Xerox Holding Companies stock has risen by 4 percent leading to a net profit of one million US dollars. Icahn made a recent addition of FirstEnergy Corp. to his already gleaming portfolio which has brought a further profit of 18.97 million on the table.

The world has felt the shock waves of Covid-19. People have slipped from posh lifestyles into poverty. Nature has a cruel side and those who fail to oversee the coming storm are eventually engulfed by it. Carl Icahn has successfully weathered the storm and during this oppressive period, his overall portfolio has increased in value which is a remarkable feat. His investments in the healthcare sector have been exceptionally profitable. This wisdom and hindsight have been the strong suit of Carl Icahn and he will be forever celebrated as one of the most successful American businessmen who despite facing stiff opposition, soldiered on and ultimately reached the cusp of financial prosperity. 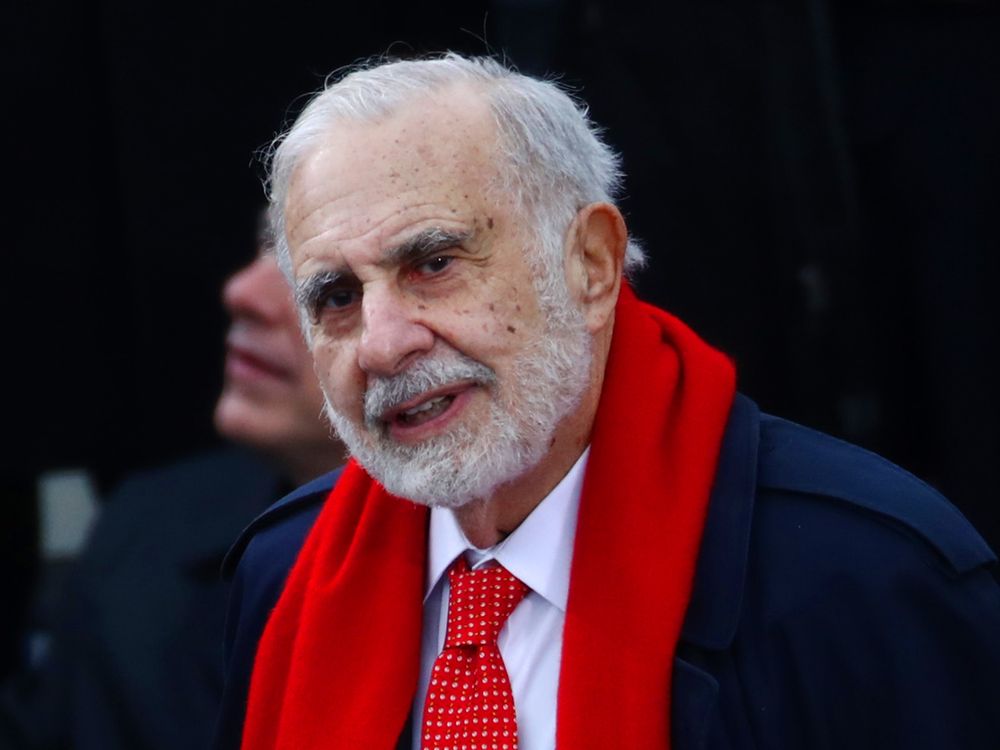 February 16, 1936, Carl Celian Icahn, one of the most prominent businessmen of the United States of America set foot in this world. Born in Queens, New York, Icahn was the only child. Both of his parents were teachers who played their role in cultivating the seeds of sophistication that would make Icahn the business tycoon he was destined to be.

From Princeton University, Icahn graduated with a Bachelor’s degree in Philosophy. This was clear evidence of the receptive and sharp mind that Icahn possessed. He would go on to study medicine at New York University. However, fate had different plans. Icahn would drop out of the University to serve in the U.S. Army. A bachelor in Philosophy who decided to study medicine and enter U.S. Army, Icahn was a genius who possessed exceptional valor and courage, topped by an extraordinarily perceptive mind.

Working in these companies offered first-class exposure that allowed Carl Icahn to master the craft of trading. He built on his expanding experience by starting his own brokerage firm, Icahn and Company, through the purchase of a seat in the New York Stock exchange, an endeavor funded by his Uncle in 1968.

As years progressed, the name of Carl Icahn started to resonate in the corridors of trading. Not only was Icahn exceptionally successful in what he did, but he also made his name as a feared corporate raider. Icahn had a keen eye for an equity interest in companies such as Hammermill Paper, United States Steel, US Air group, etc. Carl Icahn’s involvement in the controversial Trans World Airlines takeover is a blemish on his rather charming career. Icahn had to face allegations of email and critics debated that Carl Icahn’s takeover plunged the airline into bankruptcy. The mark of a devoted genius is to remain undeterred despite heavy criticism. Icahn had this ability in abundance and he continued relentlessly on his pathway to success.

In 1990, Carl Icahn made the bold move of buying shares in American Real Estate Partners. Gradually with time Icahn gained absolute control and made this company his primary vehicle of investment. In 2004 he initiated a hedge fund named Icahn Partners. After three years, American Real Estate Partners was rebranded as Icahn Enterprises, fittingly so.

The twenty-first century embraces humanity and the world is undergoing a cyber revolution never seen before. Information is ever more accessible and so is entertainment. The entertainment industry is booming, a fact that failed to evade Carl Icahn’s sharp sight. Seeing the change in dynamics, Icahn used it to his advantage and invested in Netflix, Blockbuster, and Time Warner. Stagnation is the inception of an odious downfall and Icahn understood that very well.

The relationship between Carl Icahn and Donald Trump cannot be overlooked. Icahn supported Donald Trump during his presidential campaign and when Trump took charge of the office in 2016, Icahn was the special advisor to Donald Trump on regulatory reforms. However, it is believed that differences in opinions continued to mount and Icahn stepped down from his position in 2017.