Bill Gates has been enjoying the billions longer than anyone in the competition and he shows no sign of ever going down. Microsoft, his very own OS company, powered millions of computers in the world and he is rewarded heavily for that.

For 2021, things only seemed going his way. Here’s a detailed examination of his stocks and returns. 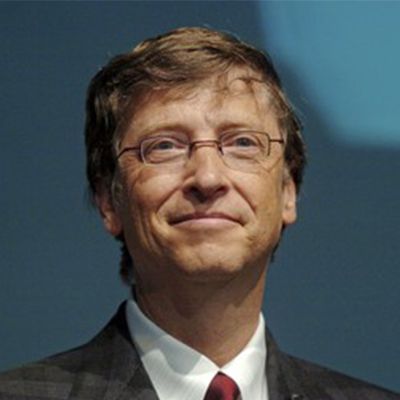 Bill gates portfolio glitters and shines brighter than anyone else for the man has been at the top of the table of richest men on the planet.

Naturally, Bill gates stocks portfolio has some of the world’s biggest companies that form a substantial portion of the United States of America’s economy.

So let’s review the giants present in bill gates trust portfolio, for the figures are mouth-watering. 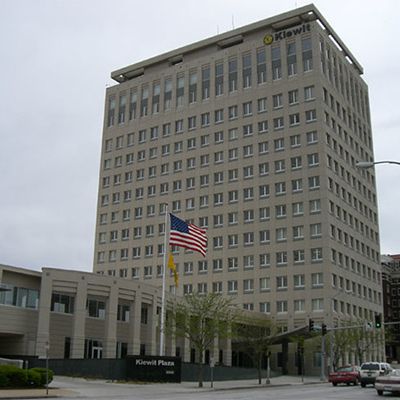 Berkshire Hathaway forms an integral part of Bill & Melinda gates foundation trust holdings. It makes up 43.71 percent of his holdings and is valued at a mind-numbing $9,762,747,000.

Berkshire Hathaway is a multinational conglomerate with its headquarters situated in Omaha, Nebraska. This gigantic company owns several big names such as DURACELL, GEICO, Helzberg Diamonds, and FlightSafety International, etc. Berkshire Hathaway’s inception dates back to 1839 and was formerly known as Valley Falls Company until 1955. In 2016, the company bought large holdings in all American Airlines but sold them in 2020.

This massive conglomerate is governed by Warren Buffet who serves as Chairman and Chief Executive and Charlie Munger who is the Vice-Chairman. Berkshire Hathaway is known for having the most expensive share price in history. As of 2020, Berkshire Hathaway’s class B stock forms the seventh-largest component of the free float weighted measurement of the stock market index of the 500 largest registered companies, known as the S&P 500.

Waste Management Inc. is an American waste management company with services aimed at the betterment of the environment. Waste Management Inc. has 346 transfer stations, 146 plants with the sole purpose of recycling, 293 landfill waste disposal sites, 111 landfill gas projects aimed at environmental and community benefit, and six power production plants that are completely independent. The company owns approximately 26,000 collection and disposal trucks, a statistic that its competitors can’t match.

Now Caterpillar Inc. is a company we are all familiar with. They design, engineer, produce and sell sophisticated industrial machinery, financial products and even offers insurance to their loyal customers. CAT is the largest manufacturer when it comes to construction equipment. The stock of Caterpillar is actually a part of the popular and prestigious Dow Jones Industrial Average.

Comprising 8.35 percent of his stock investments and with a market appraisal of $1,865,173,000, Canadian National Railway is another major player in the field of gigantic companies.

Headquartered in Montreal, Quebec, the Canadian National Railway is a class 1 Freight Railway that runs its operations in Canada and Midwestern, and the Southern United States. It runs for approximately 20,400 miles, starting from the Atlantic coast and ending on the Pacific coast situated in British Columbia, making it the largest railway service in the region.

The popular online market from where one can get anything and everything irrespective of category for Walmart has everything.

Walmart needs no introduction. It is a multination retail company that operates a chain of hypermarkets, department stores, and grocery stores. In the grocery sector, Walmart has been going toe to toe against Amazon. Walmart possesses an impressive collection of 11,443 stores and clubs, spread across 26 countries of the globe. It operates under 53 different names depending on the region for example Flipkart in India.

Constituting 4.23 percent of his portfolio and having a market worth of $944,720,000, Ecolab Inc. is an American association providing services centered on water treatment and purification, hydro hygiene, and its diverse applications. With headquarters situated mainly in St. Paul, Minnesota, Ecolab provides assistance to both public and private companies in regards to water purification treatment for uses in areas such as drinking, healthcare, and industries.

Forming 3.8 percent of his investments in stocks and occupying a worth of $848,944,000, Crown Castle International Corporation is basically a real estate investment trust which also provides shared communication to a sizeable portion of the United States of America. With its main office situated in Houston, Texas, and with a further one hundred nationwide offices, crown castle owns 40,000 cell towers, with 80,000 miles of fiber providing cellular connectivity to cells and other businesses.

FedEx Corporation is an American delivery service that has established itself as one of the most reliable companies that are well versed in the craft they perform. FedEx offers delivery both via ground and air and due to its prominence, it finds itself being mentioned and involved significantly in the popular culture, especially Hollywood films such as Cast Away.

UPS is another American Multinational shipping and receiving company with its headquarters situated in Sandy Springs, Georgia. Being a close competitor of FedEx, UPS provides similar services such as cargo delivery through the air, overnight freight-based truck delivery, and delivery through specialized proprietary drones.

Schrodinger Inc. is a corporation that resonates with the brilliance of Bill Gates himself. Schrodinger Inc. is an American life sciences and material sciences company that also develops top-notch computational software, allowing the consumer to hypothetically test a product before actual production can be conducted, saving incalculable amounts of resources and time.

Bill Gates star-studded endlessly shimmering portfolio is a testament to his sagacity and mental acuity. Owning substantial shares in the biggest companies of the world is a sign of one of the most successful people on this planet. These companies aren’t only situated in the finance department. Ranging from holding conglomerates to construction, communication and material science companies, he displays unparalleled diversity.

Due to the ambulatory nature of Bill Gates expenses, the 13f filing does show some fluctuations. For example, Berkshire Hathaway’s activity has dropped by 10.61 percent while the activity of the Canadian National airway has also seen a small dip of 0.86 percent. On the other hand, Schrodinger Inc. has seen a whopping increase of 40.15 percent in its activity. As of 2020-12-31, the reported value ($1000) of Bill Gates 21 holdings has been 22,336,725, which has seen a gradual climb from his last reported value and has actually been the highest since 2018-08-14.

The Covid-19 pandemic has most definitely complicated the situation globally. The fluctuation and decline in his investments are primarily due to the changing global dynamic due to this vicious virus that has brought life to a standstill. Being the warrior he is, Bill Gates has responded adequately to these unfortunate minor downfalls, and his status as the ultimate businessman and one of the most sagacious and successful people to walk this planet lives on.

Bill Gates will go into the annals of history as the most brilliant businessman of the 20th century who opened a portal of new possibilities for the world and worked tirelessly to solve the most pressing difficulties faced by the human species such as climate change and poverty. The legacy of Bill Gates will be forever ingrained into the history of human existence and his contributions to making the world a safer and more accessible place will never be forgotten.

A name synonymous with wealth, fame, and genius, Bill Gates needs no introduction. He created his first software at the juvenile age of 13. In 1975, during his early years as a student at the prestigious Harvard University, Gates alongside his friend and future colleague Paul G. Allen started developing software for the world’s first microcomputers.

Finding success in these ventures into software development, Gates and Allen took a break from Harvard to form Microsoft. Taking advantage of the early stage of the computing industry, Gates under the banner of Microsoft chartered a deal with IBM to use the operating system he developed, known as MS-DOS, on IBM’s machines. This greatly set Microsoft up for success as they benefited immensely from this exclusivity deal while retaining their own independence as a company. However, it wasn’t all smooth sailing.

Bill Gates faced multiple lawsuits. Accusations of killing the competition through illegal means were levied upon him. Determined and undeterred, Bill Gates weathered the storm and these hindrances failed to obstruct his path to glory.

By the 1990s, Microsoft had become the reigning industry champion. Due to Microsoft’s large success, Gates gathered up a large fortune as he was the majority stakeholder. He became a billionaire in 1986 and his status and wealth continued to grow many years beyond. In his later years, the brilliance of Bill Gates’s mind developed a degree of mellowness, a desire to work for the world. Stranded in the midst of a changing climate, Bill Gates sensed the unimaginable threats this disaster poses on the species of planet Earth. He became a prime advocate for installing rules and regulations to block this shift of paradigm in climate.

The empathic and wholesome nature of the richest man on this planet didn’t stop there. Poverty and hunger ravaged the masses. Children deprived of food and water-starved to death. Inadequate nutrition for millions of people across the globe ignited a fire of philanthropy in Gates’s mind. He formed the Bill & Melinda gates foundation trust in 2000 but in his later years, he took a break from his business ventures and focused solely on his trust. He dedicated his life to get food on the table for the afflicted and broken. For his services to the United Kingdom, Bill Gates received an honorary knighthood from the Queen. A flawless genius who created the biggest software company that changed the outlook of the world and made the internet accessible to the mass public. A soulful individual who sacrificed large proportions of his wealth and time to tackle global issues such as climate change and world poverty. Bill Gates will go down into history as one of the most influential and biggest visionaries of the twentieth century who altered the course of mankind through his unending intellect and spotless acumen.