Bill Ackman portfolio has been quite strong ever since the beginning of time when he first funded the company with his personal funds worth up to $54 million.

His investing journey marks a remarkable legendary status in the investing community, having executed many profitable and creative investment plays.

The Top 7 Holdings of Bill Ackman:

He has always been playing with risky investments and ideas that involve a high conviction. Their public-equity holdings worth $10.6 billion are invested in 7 stocks currently. Bill Ackman current stock holdings show their highest share percentage occupied by LOW at 21.7% and the lowest by SBUX at 10.1%. 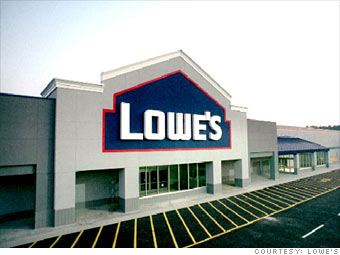 The stocks currently occupy around one-fourth of the company’s public equities, having the largest position. Bill Ackman has worked hard to build this position since 2018 hoping that the market share of LOW in the home improvement area will increase against HD, Home Depot. This position was slightly trimmed by 0.8 – 1% according to the latest reports of his 13F filing. Mr. Ackman paid the $95M average estimated price for building this position and now the shares are successfully trading above $160M turning LOW into a winning bet the last few years.

The facts have shown that the company is resilient and its revenue has continued to grow over the past year because consumers are focusing on home décor in the home economy. In the past four quarters, the company generated around $90 billion in sales, the highest level ever. Additionally, while most companies believe costs have risen due to the pandemic, LOW’s net profit margin remains strong, at about 6.5%. Because it is a retailer, the company’s profits have never been smooth, but with such sales volume, LOW achieved a net profit of $5.8 billion during this time, which is also the highest level in its history.

It is worth mentioning that LOW is a dividend king that has increased its dividends every year for 57 years in a row. Although the company has matured, LOW is still very active in returning equity to shareholders. Its most recent dividend increase reached a satisfactory 9%, and the company has been repurchasing shares very rapidly, phasing out more than half of its great shares in the last 15 years. Therefore, even if the fund does not expand its position further, Bill Ackman stocks are likely to expand, as continued buybacks have gradually resulted in Pershing owning a greater proportion of the company’s shares over time.

Chipotle holds approximately 16% of his shares.

Since 2016, Ackman has been buying stocks and betting on fast food chains. Since then, the stock has more than tripled, and he still owns about 4.1% of the company’s total share capital. The average purchase price of Chipotle is estimated to be around $386. It has always been one of his most successful options. The current transaction price is $1,335 per share. As of the last time Pershing submitted the 13F filing, no changes have been made to this position.

The company has been in a long-term growth phase, and its revenue has continued to grow in the past year. Despite the negative impact of the pandemic on the catering industry, fast food chains, and cloud kitchens, businesses have benefited a lot from the increase in household order. Although it has maintained a double-digit rate recently, Chipotle’s growth has slowed slightly.

In the past few months, Ackman has increased Pershing’s shares by 66% and now owns 8.2% of the company. After the value of the stock shrank by more than half during the coronavirus sell-off in March, Ackman’s investment was quite successful, and the value of the stock recovered most of its value from its pre-COVID-19 level. Since the last quarter, the stock has also risen, and his position in it remains unchanged.

Although QSR’s revenue and profits have declined in the past year despite operational interruptions, the company remains profitable, and its current forward price-to-earnings ratio is approximately 22.

Agilent Technologies Hold up to 14% share of Bill Ackman current holdings and investments.

Ackman has systematically increased exposure to the company, currently having 4% of shares. While explaining in his annual letter to the shareholders, Ackman expects “The net impact of the disease on Agilent’s long-term value is minimal.” During its recent earnings report, the company received $1.55 billion in revenue that accounted for a 14% growth. In general, profits and net income remained smooth and very stable the last year with trades approaching high levels.

His business strategy that includes owning large bits of major corporations can be reflected in the stock holding of HLT, in which a 5% stake was bought by Mr. Ackman. He expressed his appreciation for HLT in a comment where he mentioned that the pandemic has surely negatively impacted the hotel industry but independent hotels must stay firm and urge affiliation with global brands like Hilton helping them contribute to growth prospects that are long-term.

The company also greatly benefits from a powerful balance sheet and the strategic economic model. Its position was slightly trimmed during the quarter around less than 1%. Proving Mr. Ackman’s convictions right and facing catastrophes in the initial pandemic outbreak, shares are however trading at high levels as much as 30 times more than before.

SBBX occupies 1% of its total shares and holds around 10% holdings of his portfolio.

This stock highlights another victory story of Bill Ackman portfolio, showcasing his great market timing skills. Since the stock exceeded Pershing Square’s intrinsic estimated value, the company sold all of its Starbucks stakes when the stocks were running at high levels in January. Ackman purchased the stock gain right before the shares rebounded during the COVID-19 pandemic’s massive selloff, achieving a win-win trade. Starbucks is accounted as Pershing Square’s highly successful short-term trade. Its position stayed steady since the last 13F filing of Pershing Square.

Despite the challenges and the temporary closure of some business locations, Starbucks once again raised its dividend this year, growing at an above-average rate of 9.8%. The company has now achieved annual dividend growth for 10 consecutive years. In the first half of last year, the management also took the opportunity to repurchase more Starbucks stock, when the valuation of the stock was quite cheap.

By 2019 end, Bill Ackman succeeded in increasing his position by 158%, and the position remaining unchanged according to the latest 13F filing. The production cuts in the last quarter may be attributed to the company’s exposure in Houston, Woodlands and Bridgeland areas, which were hit hard by falling oil prices. However, Pershing Square still holds nearly 20% of HHC shares, which greatly supports the Dallas-based real estate manager.

Although Mr. Ackman’s choice usually proves to be a very successful investment idea, it is worth mentioning that Howard Hughes has been struggling recently and is unable to announce stable returns.

His recent investment plan that created a boom all over headlines involved his efforts which turned $27 million to $2.6 billion. He used high-yield bonds and credit protection on his investment bet referring that the coronavirus would decline the markets rapidly. When half the world was facing portfolio losses, Ackman’s bet hit heights and his plan paid off.

The largest holding for Bill Ackman’s Pershing Square is Lowes Company with shareholdings of around $11,960,000. According to recent statistics, the value of Bill Ackman’s 13F portfolio increased around 4.5% from $10 billion to $10.46 billion with a steady number of positions at 7.

Pershing Square’s portfolio is known to be heavily concentrated with the involvement of some huge bets with the top three positions accounting for about 52% of the total value. These top three positions include Lowe’s Companies (LOW), Hilton Worldwide Holdings (HLT), and Restaurant Brands (QSR). Moreover, Bill Ackman holdings did not perform well in the S&P 500 since its EOY 2012 inception. The tables turned by 2019 with an incredible return of 58% followed by an 85% return in the year 2020.

The historical return of the company

Bill Ackman’s portfolio highlights his long-term investment approach, he is a man who takes advantage of temporary fluctuations in prices and sets a goal for future betterment. We can call him a special situation successful investor. His portfolio is very concentrated with high growth returns in 2009 & 2010. Ackman recommended GGP stock In May 2009, at the Ira Sohn Conference, and ever since, the stock gave returns of more than 1000 percent. The result of this investment was that Pershing Square had a great 2010 receiving returns of 29.7%, they lost 1.1% in 2011 but came back with a jump of 12.4% in the year 2012 and  9.7% in the year 2013. In early 2014, Pershing Square had a net worth of about $12 billion in AUM with $10.6 billion worth of public equity holdings. 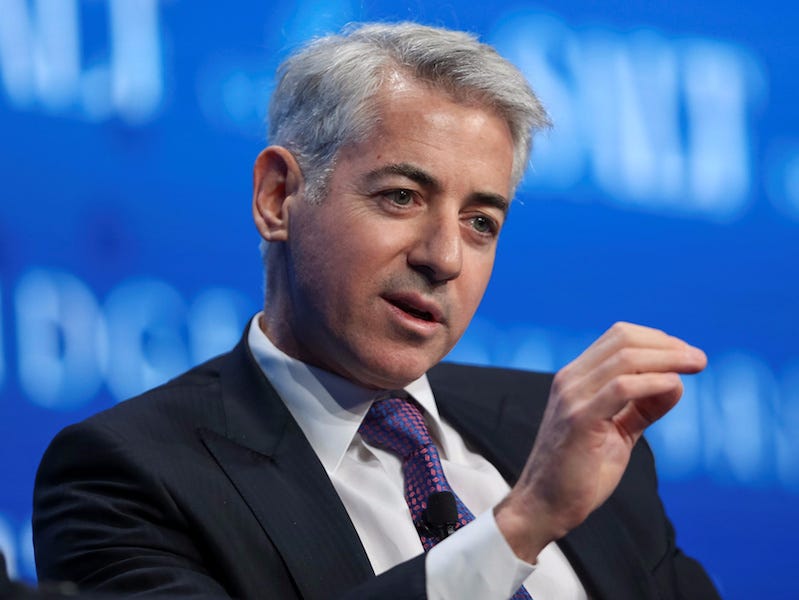 Throughout his career, several achievements of Mr. Ackman are worthy of praise. In the year 2011, his company acquired a 14.2 percent stake in CP, Canadian Pacific Railway Limited. He then won a constant dispute with the board to replace the CEO and improve the business strategy after which, the shares of CP increased four folds in a span of 3 years. This not only benefited CP but Pershing Square also enjoyed $2.6 billion worth of profit.

Furthermore, in 2009, Ackman realized a return of 13-fold in General Growth Properties, which was on the verge of bankruptcy during the occurrence of the Great Financial Crisis. The owner accomplished a 7-year extension for the company’s debt which was about $27.3 billion, he survived and bought back Pershing Square’s stake. This risky bet is considered the second-best bet out of Bill Ackman’s investments turning $60 million into $1.6 billion, way beyond his initial expectations.